Citizens` Engagement to the City Policymaking

At the final stage, CVU Odessa and 3 partner organizations will start advocacy-campaign for raising the level and quality of citizens` engagement to a city policy-making based on the recommendations, developed on the results of measurement of the current level of citizen`s engagement in the target cities. 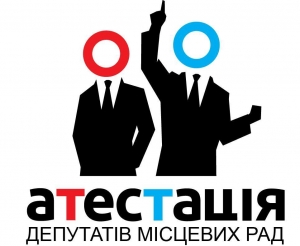 Civic Initiative is aimed at the promotion of solving the problem of low level of openness, transparency, and accountability to citizens of deputies of local councils. CVU Odessa implements this initiative from 2015 in Odessa region. From 2017 partner organizations from Lviv, Rivne, Sumy, Cherkassy, Dnipro, Kherson, and Kramatorsk joined the initiative to influence the problem in their cities.

This project provides monitoring of e-declarations of regional center’s mayor and mayors of other cities of regional subordination in Odesa region (7 cities in general) and heads of all of the Local State Administrations (26 local officers in general). Also this Project provides monitoring of cases of making decisions in conditions of conflict of interest (COI); activities for prosecution for non-compliances in e-declarations, analyze of local governments’ and Local State Administrations’ regulations regarding implementing standards of preventing corruption; providing recommendations on inconsistencies elimination.

Monitoring the implementation of electoral programs

Since 2006 Odesa regional organization of All-Ukrainian NGO Committee of voters of Ukraine (CVU Odesa) monitors the implementation of electoral programs of political parties, represented in local councils (7 local governments in general). Also since 2012 CVU Odesa monitors implementation of electoral programs of mayors of Odesa, Izmail, Podilsk, Bilgorod-Dnistrovskiy, Reni, Rozdilna. This project is realized with the aim to pay attention of local politicians and citizens how important this element of government-citizenship relation is, to increase responsibility of political parties and mayors to voters for implementing local policies; to facilitate the streamlining of activities of local political parties and mayors towards the realization of strategic goals, but not one-day-decisions. And, at the end, the aim of this project is to form public opinion during electoral campaigns for discussion of ideas that contains in electoral programs, instead of discussion of persons of local politicians.

Development of abilities of newly established community of Marazliivka

The project is aimed to increase the potential of the local self-government’s representatives of the newly established community of Marazliivka and to implement mechanisms of public participation in policy-making in this community.

Within the project, the series of seminars on financial resources basic and community development planning were organized. Informational campaign aimed to raise the awareness of the community residents about the decentralization reform realization was realized.

As the result, the newly established community of Marazliivka got The Strategy of its development first in Odesa region, got the Program of social and economic development and an information campaign on the progress of reform. In particular, there is a tab about reform in every edition of newspaper also there is special news-section (chapter) on a web-site izbirkom.org.ua